The following is a QST.

I am an Amateur Radio operator with callsign AB9BH, and I hold an Extra class license. I got my Technician license in 2000, and I upgraded to Extra in 2001, back in the old days when one still had to pass a Morse Code test at five words per minute. I was mostly inactive between 2004 and 2021 aside from some repeater operation and mostly failed experiments with APRS and the International Space Station. I also hold GMRS license WQRM321 (really).

After moving to Greenmore House in Shoreline, Washington, I wanted to set up a real ham radio station, but taking a long term view, I knew that I needed to address the fundamentals first. Thus, I first built a redundant DC power system that is powered both by the grid and by battery so that the function of my station and other critical equipment will be unaffected by power outage. Initial operation during 2021 was made using a Buddipole antenna that I set up occasionally.

In 2022, I started pursuing construction of the station more seriously. I started by having electricians install, ground, and bond an entrance panel for antenna feedlines; then I brought ground inside to a wall-mounted ground bar. Immediately, Buddipole operation was greatly facilitated, for I no longer had to run a feedline out the window to operate, and I could deploy the antenna in dipole configuration in about 10 minutes. Next, for local communications, I installed a 2m/440 antenna; getting that antenna outside greatly reduced noise and improved the quality of received signals on the 2-meter band. After that, I installed an initial end-fed wire antenna for HF and a small, two-element beam for 6 meters (fixed, with no rotator). Using only this setup, I was able to complete a number of operating awards. 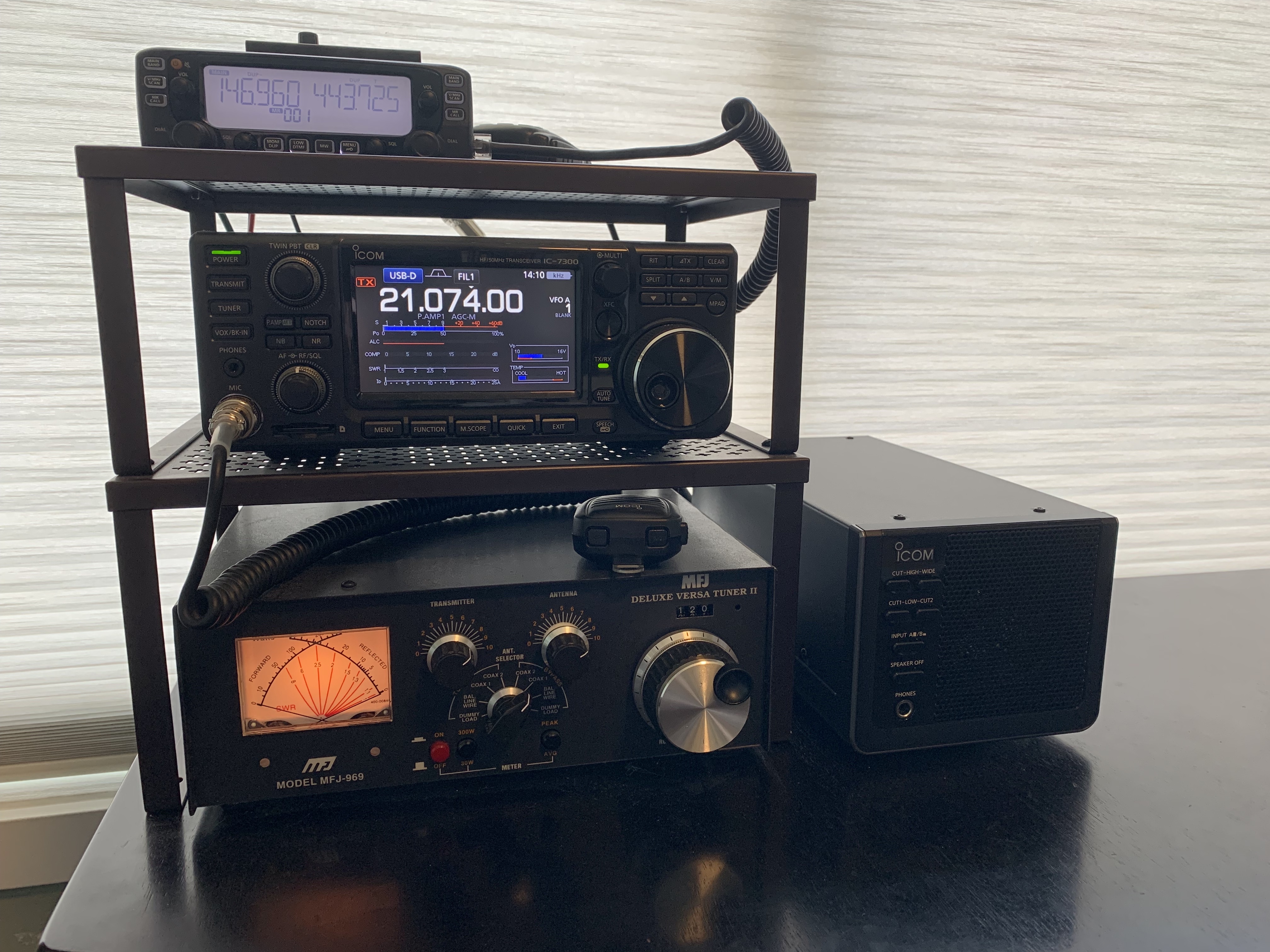 The operating position at AB9BH 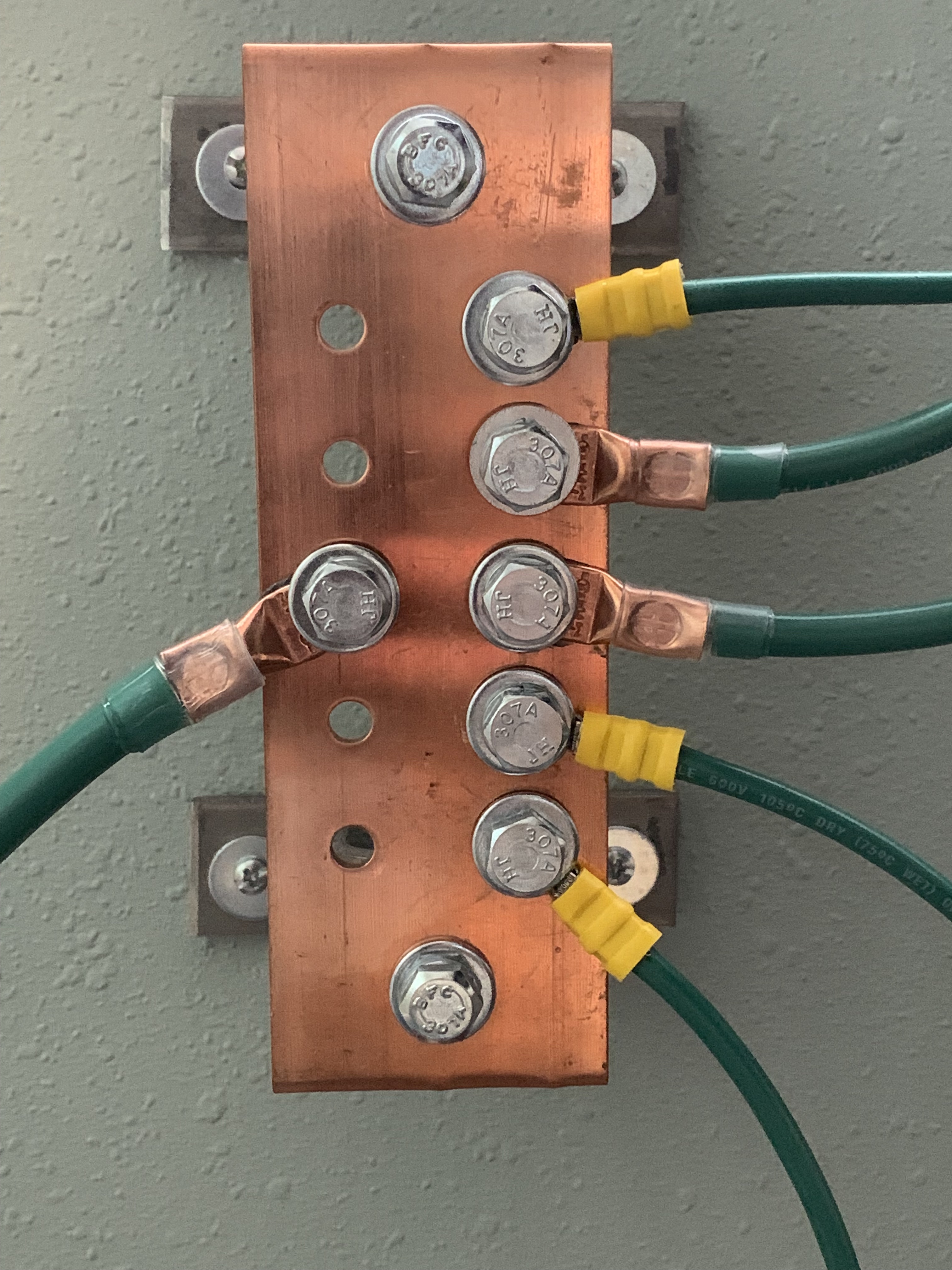 The station's single-point ground, mounted next to the operating position 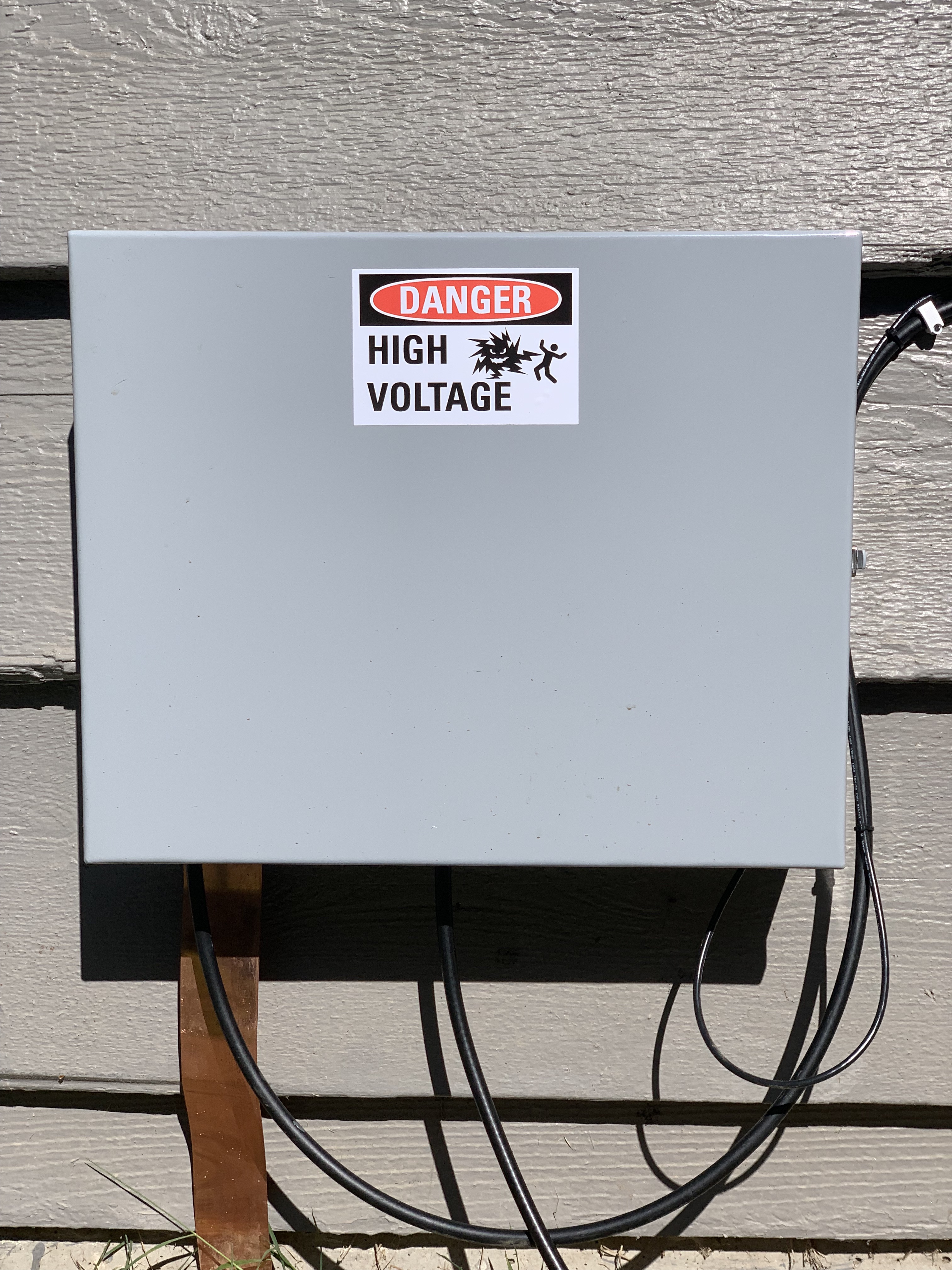 At AB9BH, safety is taken seriously! 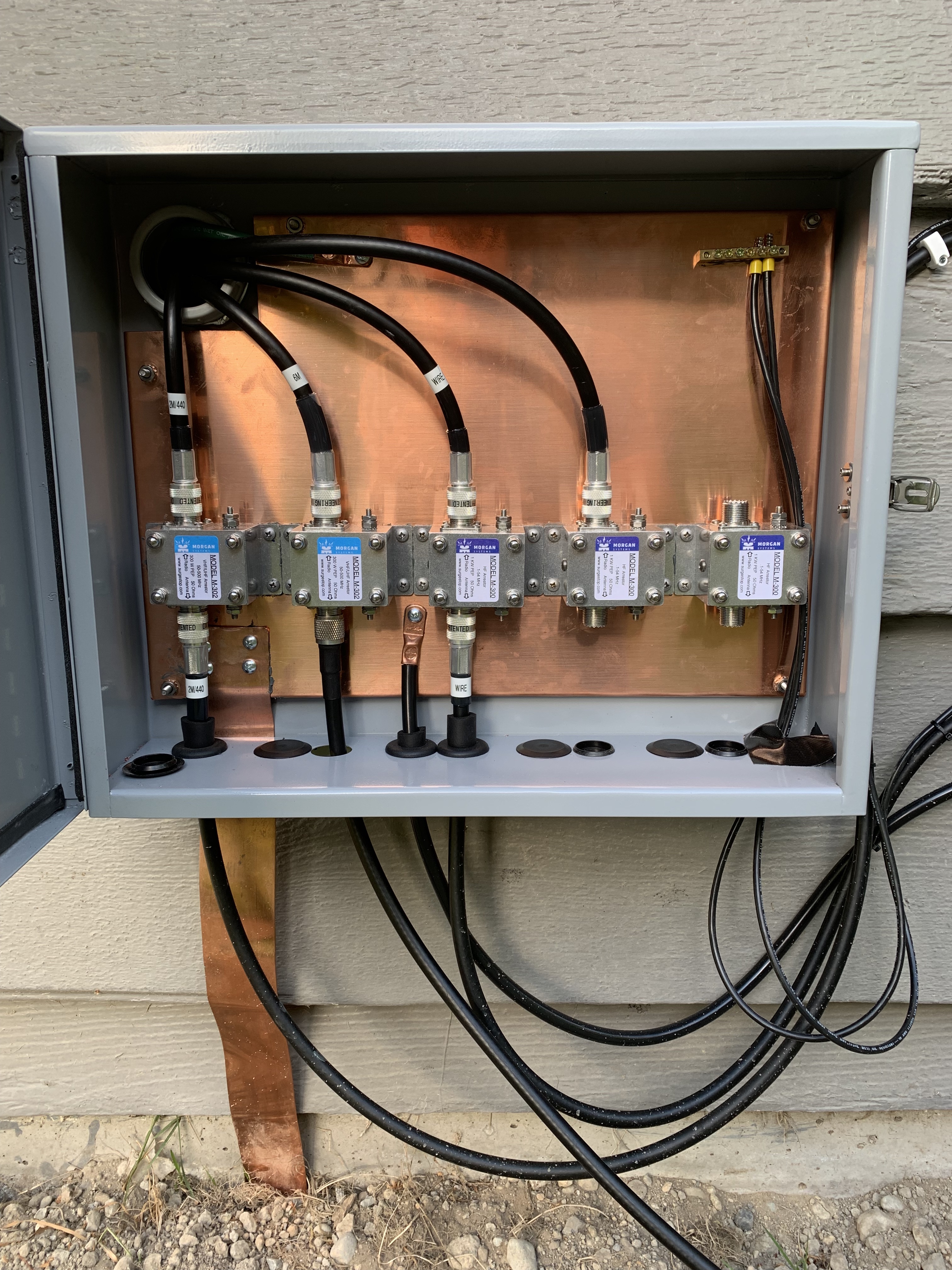 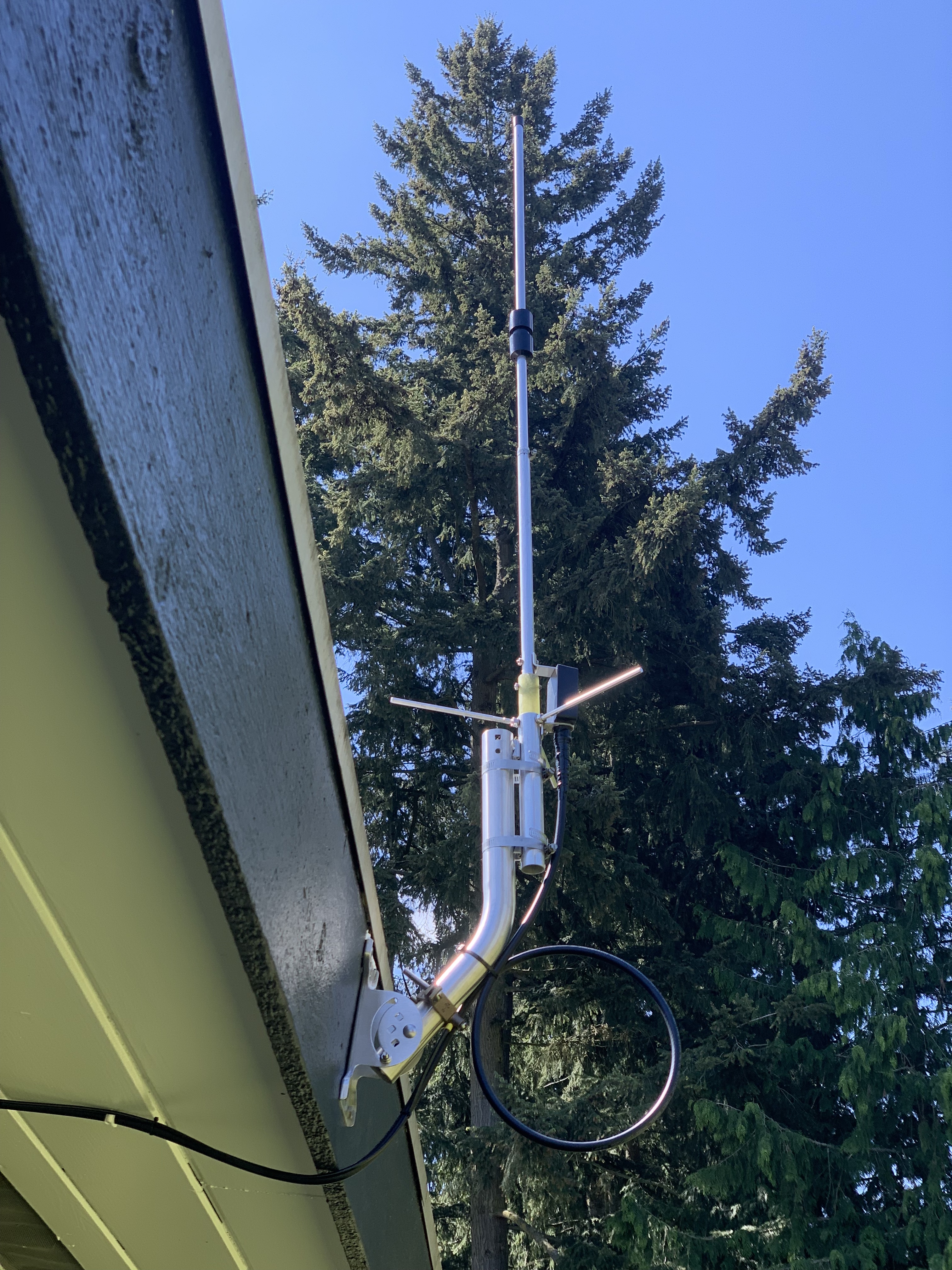 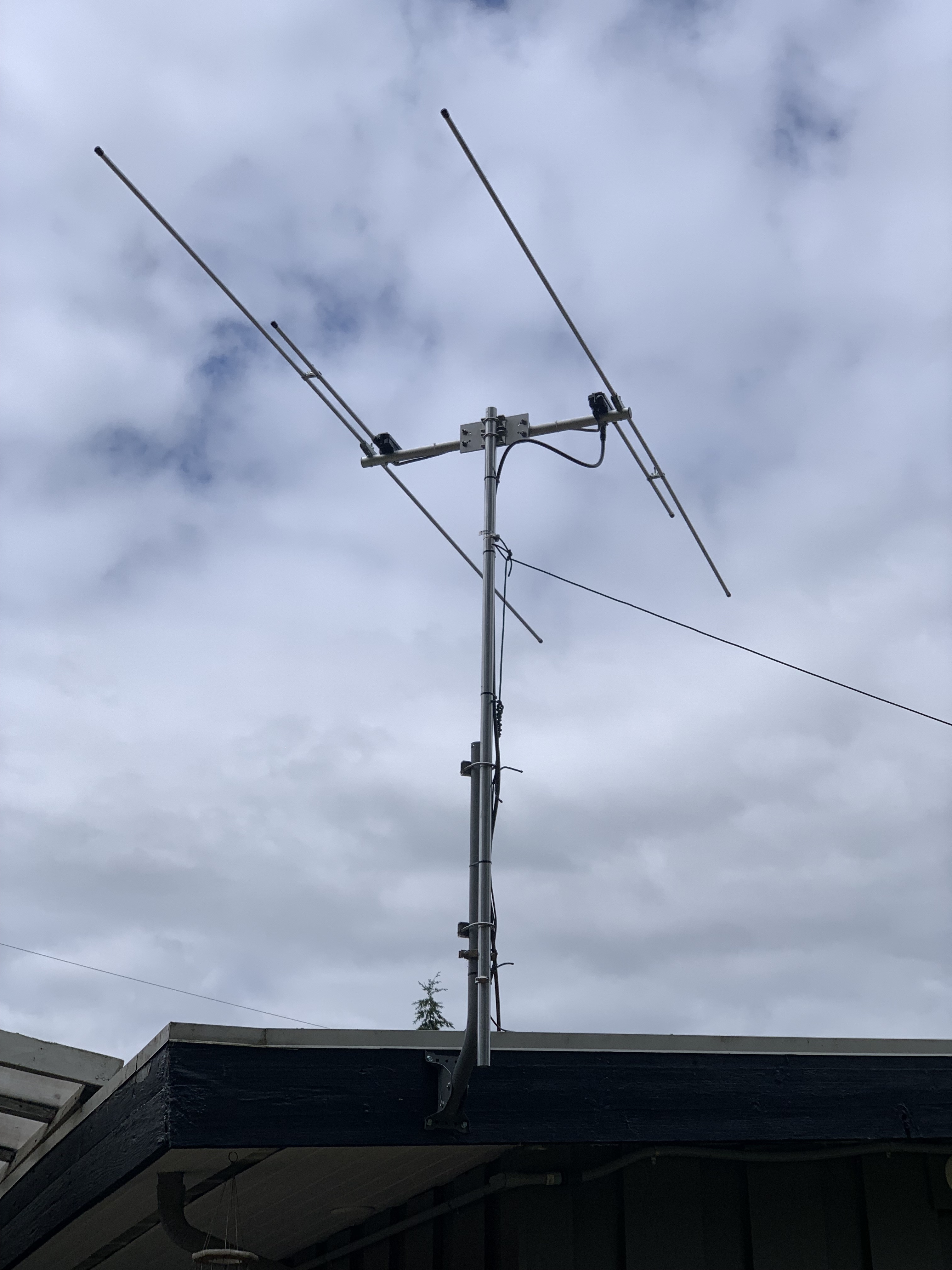 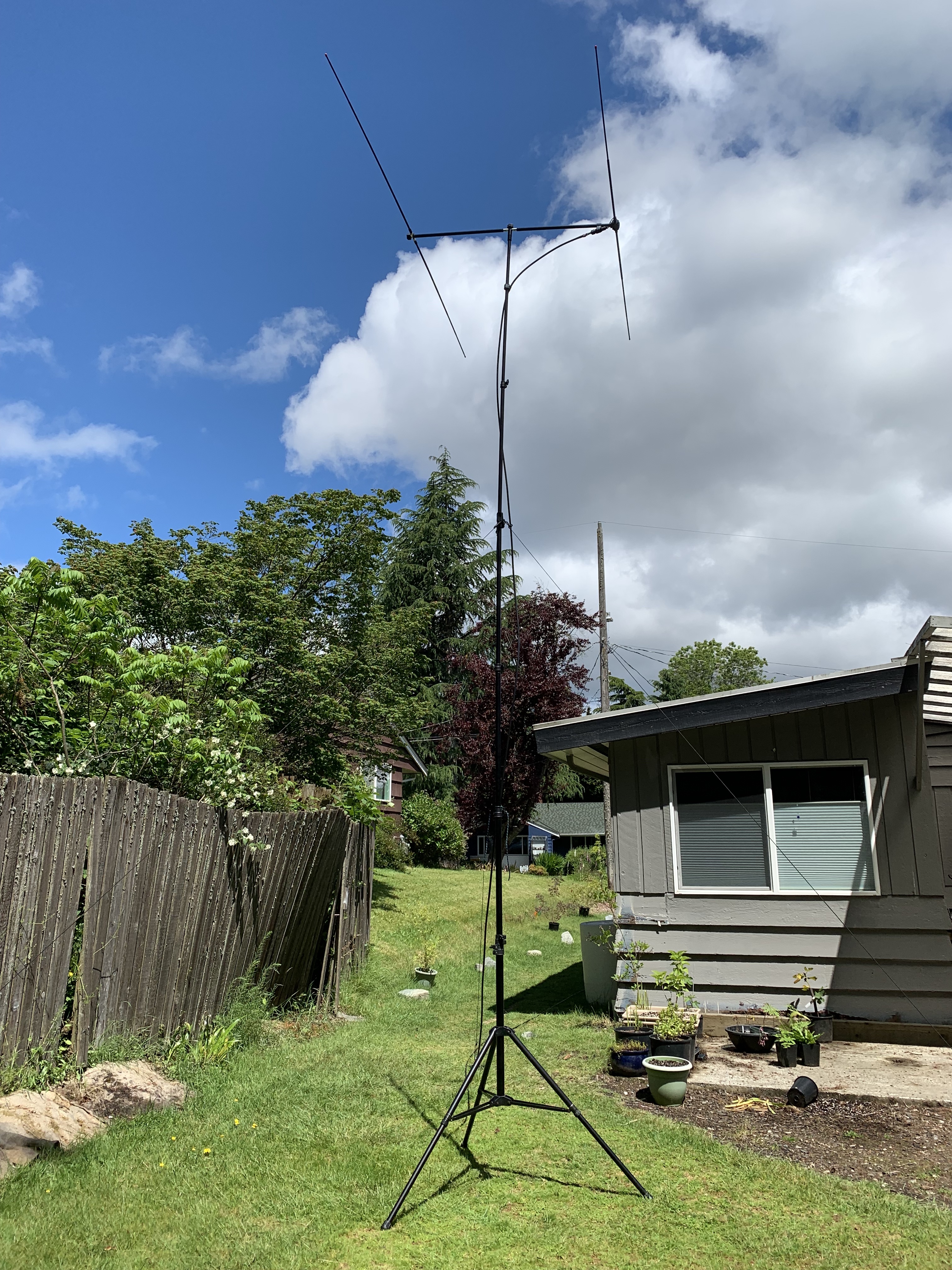 My first station was in a campus apartment in graduate school. I had an Icom 706MKIIG connected to an AH-4 automatic random wire tuner (with a 30-foot or so wire running around my ceiling) and an MFJ 969 antenna tuner for a 6m inverted vee on my balcony. I also had a 2m vertical dipole. Since I was on the third floor of three, my antennæ were up about 30 feet or so. Due to excellent propagation in 2001, I worked stations all over South America and Europe and a few in Africa and Asia with that setup.

During the summer of 2001, I lived in Park Ridge, Illinois where I had a bit different of a setup thanks to a tripod and a bit of mast. I had a 2m ground plane at 20 feet, a 6m dipole at 18 feet, and a 20m dipole at 8 feet. I probably should have figured out a way to string up a 20m inverted vee with the apex supported by the mast. With this station, I worked stations all over South America and Europe, several in Asia, one in Africa, a VK, and a ZL on 20m. I also worked a lot of grid squares on 6m.

My friend Greg and I once took over the University of Illinois's Synton Amateur Radio Club, W9YH, one of the oldest Registered Student Organizations associated with the University, founded in 1925.

Copyright © 2001-2003, 2022 Sidney August Cammeresi IV. All rights reserved.
This content may not be reproduced in any form or manner without the express written permission of the author.
The moral right of the author has been asserted.